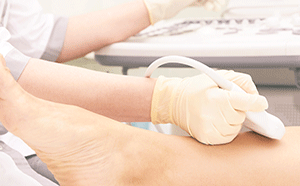 October is Medical Ultrasound Awareness Month, and we want you to know the important role diagnostic medical sonographers play in the medical community, and how they support our Noninvasive Vascular Laboratory at The Cardiovascular Care Group.

A Noninvasive Vascular Laboratory (“Vascular Lab”) is a painless and informative way to examine arteries and veins without the use of needles or imaging contrast dye.

Through the simple use of ultrasound technology—the same technology used to view a baby’s first movements in the womb – Vascular Surgeons can diagnose conditions that are not readily apparent on physical examination.  The Vascular Lab may also be used to confirm a diagnosis made on the basis of the physical examination or the patient’s history.

The Noninvasive Vascular Lab of The Cardiovascular Care Group serves to diagnose problems of the arterial and venous system using completely noninvasive techniques without radiation exposure. We were one of the first to establish such a lab in New Jersey nearly 40 years ago.

Here are 5 things you should know about this lab and why you may need to use one:

The most common test performed in most Vascular Labs is that to help diagnose the presence of blood clots in the veins of the legs—a Deep Vein Thrombosis.  This allows the sonographer to see if the vein has fluid (compressible) blood—which is normal-- or if there is solid (non-compressible) blood—a clot—which could be problematic.  Additionally, the ultrasound can tell if the valves in the veins are working correctly—a common problem seen in patients with varicose veins, leg swelling or heaviness.

Investigations of the arteries is a critical focus in the Vascular Lab.  Assessing the quality of circulation in the legs is critical in the diagnosis of PAD (Peripheral Arterial Disease). Blockages can be readily identified as a source of leg pain allowing decisions to be made about therapy to improve walking ability or the likelihood of healing a wound on the foot.  Quantifying blood flow in the legs is simple and requires the use of a blood pressure cuff system to determine how much blood is flowing through the legs.  In fact, identifying blood flow problems in the legs will usually prompt a referral to a cardiologist (doctors skilled specifically in caring for problems of the heart itself) to determine if there is heart disease that has not been identified.

Similarly, ultrasound can be employed to see if a person is at risk for a stroke.  By visualizing the carotid arteries in the neck—two of the arteries responsible for delivering blood to the brain—we can identify a potential source of stroke.  By doing so, we can make certain that patients are on the correct medications and, if the problem is severe enough, we can repair it before a stroke occurs.

Another capability of the Vascular Lab is to identify enlarged arteries or aneurysms.  These “silent killers” can typically occur in the abdomen and are often not found until they rupture or burst.  When identified early, they can be followed over time using ultrasound and repaired when necessary.

An important aspect of the Vascular Lab is the Vascular Technologist performing the study.  At TCVCG, all of our technologists are Registered Vascular Technologists, which means they have passed rigorous tests and undergone thorough education not only on how to do the ultrasound test but on the disease processes.  They only perform tests on arteries and veins—therefore they are true experts in a very specialized field.

Equally important is that The Cardiovascular Care Group Noninvasive Vascular Labs have been accredited by the Intersocietal Accreditation Committee (IAC) for over three decades.  This Board recognizes quality care in terms of performing the appropriate test and making sure the results are accurate and easy to understand.  TCVCG takes great pride in its Vascular Lab—being one of the first in the state of New Jersey to achieve this recognition and committing to this level of quality for decades.

Ultrasound is the most important tool in the vascular laboratory. Testing in a vascular laboratory is often the first step in diagnosing vascular disease. Specific tests are ordered according to the patient’s symptoms and suspected vascular problems. Our goal is the simple, safe and accurate diagnosis of vascular problems before they start. To find out more about our labs and how to do preventive care Schedule an Appointment today!

The Cardiovascular Care Group has five (5) convenient office locations throughout New Jersey. If you should have any questions regarding our practice specialties, hospital affiliations, insurance & billing or you just have a general question about the practice, please do not hesitate to contact us. 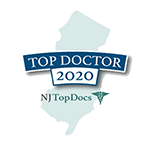 I cannot say enough good things – and I’ve been to a lot of doctors. The staff is so friendly an...
- D., Neptune
I have been coming to The Cardiovascular Care Group for nearly two decades! Initially with my Dad wh...
- A., Clark

All information on this site is of a general nature and is furnished for your knowledge and understanding only.
This information is not to be taken as medical or other health advice pertaining to your specific health and medical condition.